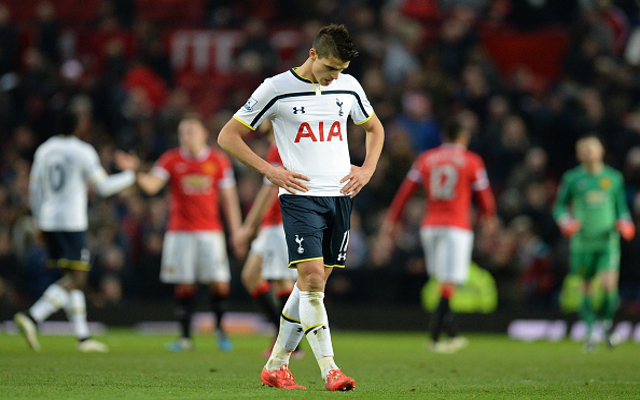 Tottenham boss Mauricio Pochettino has already offloaded a number of under-performing White Hart Lane stars this summer and reports in Fichajes claim another pair could be on their way.

Fichajes claim FC Porto are keen on landing off-form attacker Erik Lamela with the Argentine having failed to come close to justifying the £30m Spurs paid AS Roma for his services two years ago.

Lamela has bagged just two goal in 38 Premier League appearances, a tally that is woeful even if you consider the South American has been primarily used in a wide role.

The towering 28-year-old was sent off on his Tottenham debut last October and has fallen down the north London club’s pecking order of late and could be a player Pochettino would consider offers for.