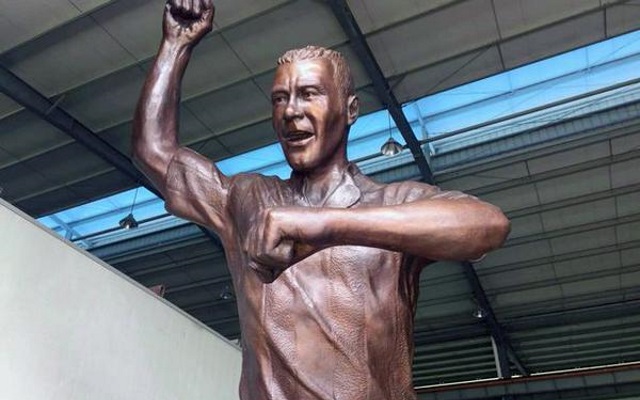 There was something of a mixed response among Newcastle United fans when they learned that a statue of club legend Alan Shearer is being shipped over to St James’ Park.

According to the Chronicle, former club president Freddy Shepherd has paid for a statue of the former captain to be placed at the stadium in order to honour the ex-striker.

The sculpture was made in Hangzhou, China, and should be in England before next month. Its 9ft presence should represent an imposing sight for travelling fans, even if the Magpies can’t quite call upon anyone half as effective in front of goal at the moment.

However, Newcastle fans, taking to Twitter after learning of the news, aren’t yet certain of whether they like the new effigy…

In our opinion, it looks a little bit too much like Manchester City boss Manuel Pellegrini.

Its currently traveling over from Shanghai. Shearer wants this placed outside the Gallowgate End #NUFC pic.twitter.com/Q6jDjyvkdt

Not sure about that Shearer statue. Looks like he’s about to start dancing to Gangnam Style! #NUFC

By, that statue of Shearer is accurate and in no way terrifying. Said no-one ever. #NUFC

Just realised who the Shearer statue reminds me of! pic.twitter.com/mg8Y3stPpH

However, while some of the responses to the statue have been mixed, Shearer—who scored 148 goals in 303 appearances for Newcastle, and 30 in 63 for England—is delighted with the likeness.