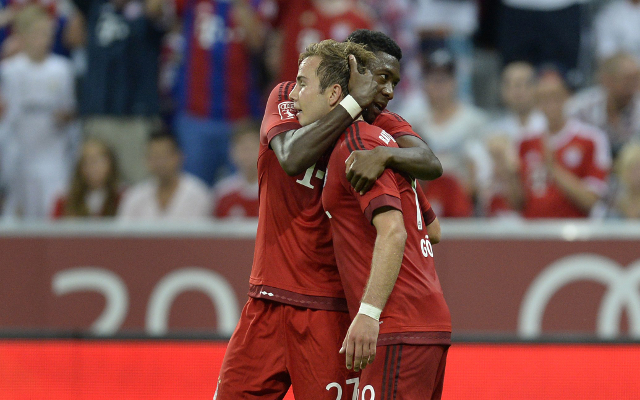 Emirates Stadium and Old Trafford outfits both keen on attacker.

Arsenal and Man United are both reportedly keen on unhappy Bayern Munich attacker Mario Gotze according to The Daily Telegraph.

The 23-year-old has been a success since swapping the Westfalenstadion for the Allianz Arena two years ago but is said to have fallen out with Bayern Munich boss Pep Guardiola.

The former Borussia Dortmund man has scored 30 goals in his two seasons at Bayern Munich but last season was dropped for crucial encounters, including two fixtures against Barcelona in the Champions League, and was also left out of the starting eleven for the opening Bundesliga match of the season.

The £30m rated World Cup winner could offer both Arsene Wenger and Louis van Gaal a strong option to boost their respective attacks.

Mario Gotze can play either out wide, in an advanced central midfield role as well as in a supporting striker role and has a strong based of top level experience with over 200 club appearances to his name as well as 45 national team caps.