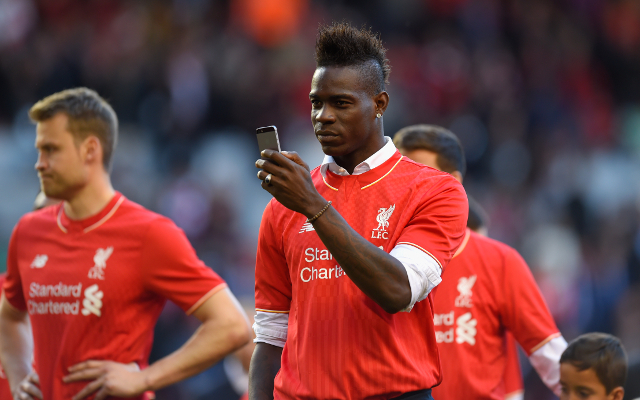 Liverpool flop Mario Balotelli has been sent to train with the reserves by manager Brendan Rodgers, reports the Daily Star.

The Northern Irishman appears to have lost his patience with the 25-year-old, who failed to find form in his debut campaign with the Reds. The Italy international scored four goals in 28 games last season, and also brought some unwanted headlines with his antics off the pitch.

Rodgers even admitted that the player is a bad influence on his squad.

“My job is to create the best possible environment for the team to succeed,” said the 42-year-old, “That’s what I’ve always done. So I’m not going to speak about Mario when I can speak about another 25 players.”

The Merseyside club have been attempting to offload the striker this summer, but are unable to find a suitor. Serie A sides such as AC Milan and AS Roma are thought to have turned down the opportunity to sign the former Manchester City man, who has a reputation for causing trouble wherever he goes.

It is unlikely that Balotelli with have any chance to redeem himself if he stays at Anfield, with many new faces coming in to the club. Recent arrivals Christian Benteke, Danny Ings, and Roberto Firmino will push him further down a pecking order where Daniel Sturridge is already ahead of him.