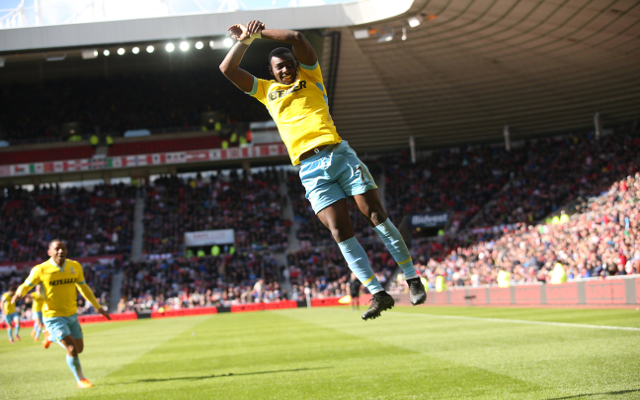 Crystal Palace star Yannick Bolasie has admitted that it may be time for him to move clubs amid interest from Tottenham, reports the Daily Express.

The 26-year-old is still keen to do well by the club though, which could mean he will stay at Selhurst Park. The Eagles do have other options on the wing, such as Wilfried Zaha and Jason Puncheon, so Alan Pardew will have a decision to make if a big bid comes in.

“I am a loyal guy, but this is a game and a business. Opportunities to play for a top club do not swing by every day,” said Bolasie, “You would have to look into it to see if it suits you and your family. At my age it could be the right time, but it has to be right for the club as well.”

Spurs are likely interested in the Congo international as they are weak in the wide areas, having to rely on flop Erik Lamela in the first couple of games. The first two matches have contained a loss to Manchester United and a draw with Stoke City, showing that manager Mauricio Pochettino needs to strengthen if he is going to challenge for the top four.

So far they have brought in Kevin Wimmer, Kieran Trippier, Toby Alderweireld, and Dele Alli, who will all strengthen the first team. However, none have the ability to vastly improve the North Londoners’ fortunes, especially if Harry Kane struggles to rediscover the form of last season.