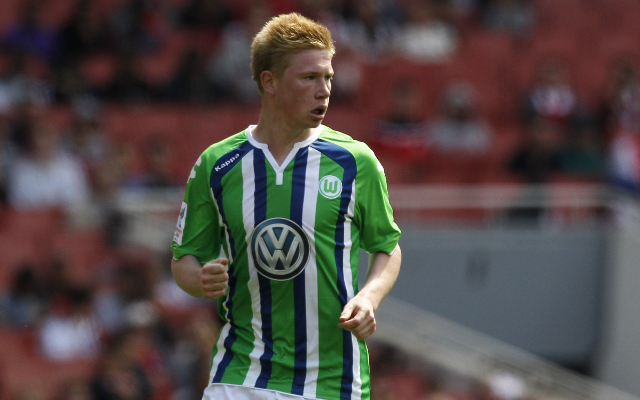 Manchester City appear to have been dealt a massive blow in their bid to sign talented playmaker Kevin De Bruyne as according to reports in Mail Sport, the Belgian has committed his future to VfL Wolfsburg.

The Citizens have been heavily linked with a move for the former Chelsea midfielder during the summer transfer window and it was reported over the weekend [via Independent Sport] that the Bundesliga outfit had rejected a £43million offer from last season’s Premier League runners-up.

De Bruyne has enjoyed a new lease of life since leaving Chelsea in the 2014 January transfer window as he registered 20 assists in the league last season and also netted in Die Wolfe’s DFB-Pokal final victory over Borussia Dortmund.

However, it doesn’t seem as if City will be able to lure the 24-year-old to the Etihad Stadium before the transfer window closes as the player insisted he will not be leaving the Volkswagen Arena when speaking at a Sport Bild Awards on Tuesday night.