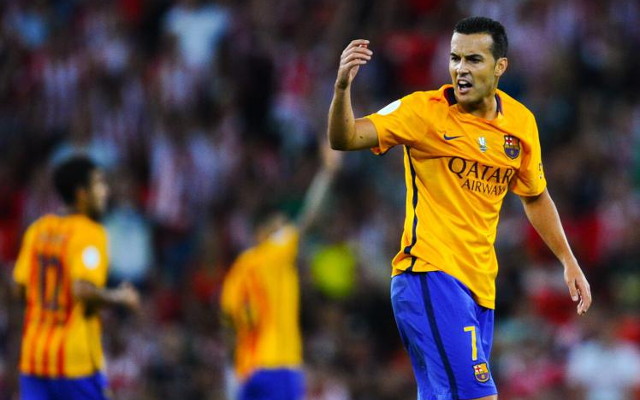 If reports that United chief executive Ed Woodward is in Spain to conclude a deal for the 28-year-old, then this is likely to be his farewell appearance at the Camp Nou and he will be hoping to sign off with yet another trophy with the Catalan giants.

Pedro is likely to start on the left of a striking trio alongside Lionel Messi and Luis Suarez, with the Spaniard looking to notch his 100th goal in Barca colours.

Barca need nothing short of a miracle if they are to lift a fifth trophy this calendar year as they trail Bilbao 4-0 after a horrendous showing in the first-leg at San Mames last Friday as Aritz Aduriz shocked the Liga BBVA champions with a stunning second-half hat-trick.