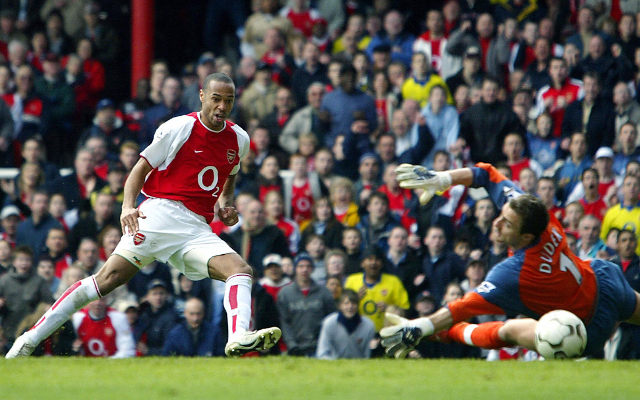 To celebrate Thierry Henry’s birthday, Arsenal have posted a superb YouTube video of his best goals in the Premier League, including two absolute stunners against Manchester United.

The Frenchman, now a pundit for Sky Sports after retiring earlier this year, is widely regarded as the Gunners’ best player ever, as well as one of the top names to have played in England in the modern era.

As the video shows, Henry combined great skill, speed and intelligence to make him one of the finest all-round forwards ever seen, and regularly made fools out of some of the country’s best defences.