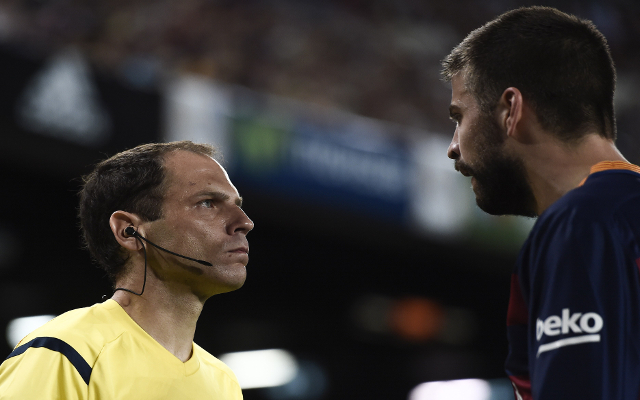 The Daily Telegraph claims the former Man United star could be hit with a 12 match ban after he shouted ‘‘I s— on your whore mother.” at an assistant referee.

Barcelona failed to overturn a four goal deficit from the first leg of their encounter with Athletic Bilbao and their 1-1 draw at the Nou Camp meant the Catalan side suffered a surprise 5-1 aggregate defeat in the Spanish curtain raiser.

Whilst a 12 match ban is unlikely it is believed that Pique will be out for at least a five game suspension.