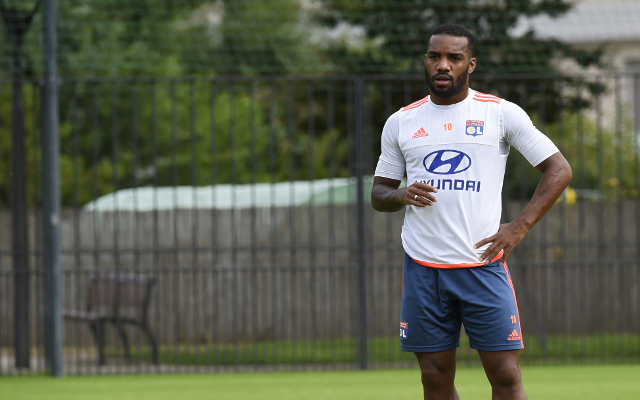 Chelsea are ready to splash the cash before the summer transfer window closes, with the Daily Star reporting that the Blues are keen on Lyon forward Alexandre Lacazette.

The 24-year-old French international scored 31 goals in all competitions last season, but his Stade Gerland side saw their Ligue 1 title charge fall away as PSG romped to a third-successive triumph.

Liverpool are interested in the lethal finisher (Independent) and the Daily Star claim Chelsea value the Lyon man at £21m. The tabloid also report that the Blues could elect to offer Stamford Bridge bit-part player Loic Remy as part of a deal for the striker.

Chelsea boss Jose Mourinho moved to strengthen his attack over the summer with the loan capture of AS Monaco forward Radamel Falcao, a move that is something of a risk when you consider the Colombian forward scored just four goals during his temporary spell at Man United last season. He has since seen his Blues side struggle this term, picking up only one point from their opening two Premier League matches.

Diego Costa has looked tired and has proven ineffective in fixtures against Swansea City and Manchester City, and when used, Falcao hasn’t fared much better.

A move to bring in Lacazette will not be helped by the fact that the one-club man has only just signed a new long-term contract with the club (via ESPN) he has represented since the age of 12.