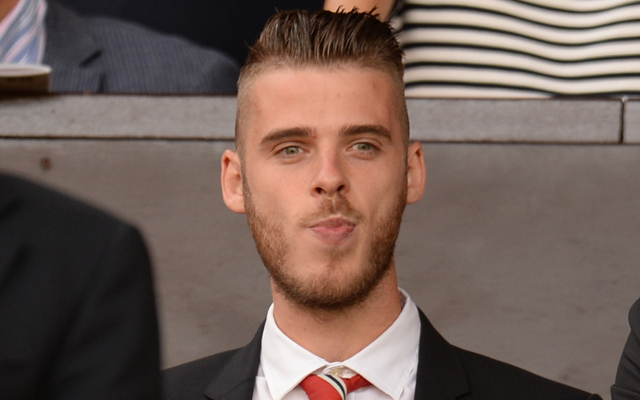 The 24-year-old is keen to move to Los Merengues, but the Red Devils want to keep one of their star players. The situation has become so unsettling that manager Louis van Gaal has left him out of the opening two matches [Daily Mail].

However, this action has actually escalated the issue, with the goalkeeper concerned that his professionalism and commitment to the team are being questioned by the Dutchman [Daily Mail]. This could push him closer to a transfer.

Even so, the Spain international may not arrive at the Bernabeu until next season. Los Blancos are thought to be offering him a £12 million signing on fee to see out the final year of his contract and then leave Old Trafford for free [Daily Mirror].

If United do lose their stopper, then it will be a major blow. Especially after van Gaal fell out with Victor Valdes and revealed that he is planning to sell the 33-year-old [Sky Sports].

Moreover, their options to replace the former Atletico Madrid man seem to be lessening. Tottenham boss Mauricio Pochettino recently claimed that Hugo Lloris, who has been linked to Old Trafford, is perfectly happy to stay with Spurs despite their lack of Champions League football.

“There are a lot of rumours,” the Argentine said, via Sky Sports.

“Hugo is very happy to be here. His commitment with the club is high. I think we need to be happy because if Manchester United want Lloris, it’s because he’s a great goalkeeper.

“We have a very good goalkeeper, but Hugo has a contract here and he is happy here and he wants to get success here.”