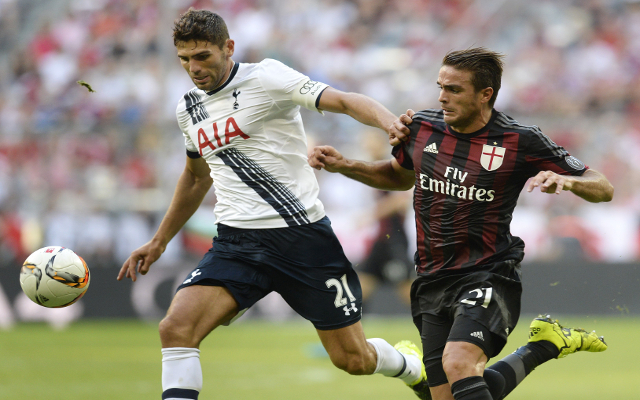 Tottenham defender Federico Fazio is the subject of a £5m bid from West Brom, according to the Daily Telegraph.

The Argentine international has not adapted well to life in the Premier League and has fallen down Mauricio Pochettino’s pecking order as a result.

The Daily Telegraph state that Baggies boss Tony Pulis is close to securing a deal to bring in the 28-year-old centre-back, as the experienced Welsh manager looks to steady his back-line.

The Albion slumped to a 3-0 home defeat to Man City in their opening fixture of the Premier League season, and the result could have been far worse as Manuel Pellegrini’s side breached Pulis’s defence at will.

Though Pulis then saw his side collect a clean-sheet on the weekend, in a 0-0 draw with Watford, it seems as though the Black Country side are still keen to bring in a strong defensive leader before the summer transfer window slams shut.

Mauricio Pochettino hasn’t selected Fazio in his match-day squad for either of their opening Premier League fixtures, and has opted to use new signing Toby Alderweireld alongside Jan Vertonghen at the heart of his White Hart Lane defence.

Fazio left Sevilla for North London last August, and was sent off on his Premier League debut, but could see a move to West Brom as one that could re-ignite his career.

Should he move to The Hawthorns, there may be a major question mark over some of the Baggies’ current defenders, notably ex-Manchester City veteran Joleon Lescott.

Tottenham Hotspur to give up on Argentine defender after two seasons July 10, 2016 23:45
Tottenham FC