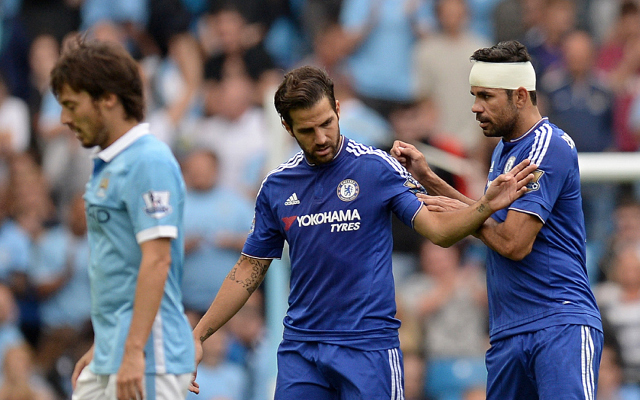 Jamie Carragher, former Liverpool defender and Sky Sports pundit, has criticised Cesc Fabregas for his defending – or rather lack thereof – and his poor tactical awareness following Chelsea‘s 3-0 drubbing at the hands of Manchester City.

The Spaniard was in devastating form in the first-half of last season, forming up a formidable partnership in the centre of the park with Nemanja Matic, and linking up excellently with striker Diego Costa.

However, since January, Fabregas’ form has been a major concern for the reigning Premier League champions, and Chelsea’s first two games of the new campaign have seen little in the way of improvement from the midfielder.

Carragher believes that the former Arsenal captain was culpable in the Blues’ defeat to the Citizens on Sunday afternoon.

Speaking on Sky Sports’ Monday Night Football, Carragher said: “Why do you play Ramires?” as quoted by the Daily Mail.

“Because you’ve got someone in Cesc Fabregas who is a fantastic footballer, creates goals, scores goals, but he can’t defend as we saw in the first 10 seconds when David Silva turns him and puts Sergio Aguero through.

“He lacks tactical intelligence, especially defensively. That’s one of the reasons Barcelona let Chelsea take him.”

As Carragher claims, Fabregas has become a risk in a defensive midfield role, and Jose Mourinho must surely be addressing this area ahead of their clash with West Bromwich Albion on Sunday.