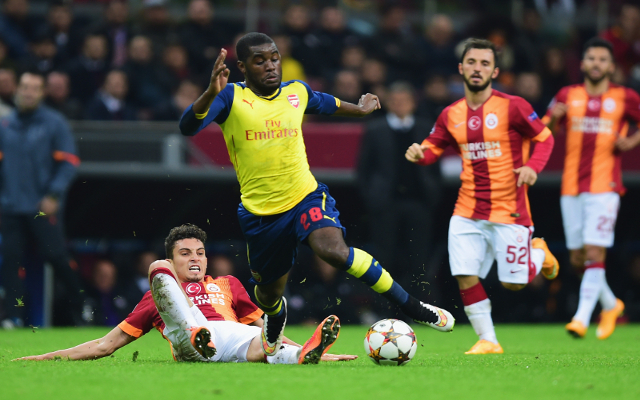 Palermo are ready to pay Arsenal‘s asking price for rarely used attacker Joel Campbell, according to Spanish source Fichajes (via the Metro).

The 23-year-old joined Arsenal in 2011 but had to wait until 2013 before his work permit was approved, leaving the Costa Rica international to spend a great deal of time out on loan. The versatile Gunners star has struggled to retain a spot in Arsene Wenger’s first-team set-up ever since.

After greatly impressing during his season long loan at Olympiakos in 2013/14, during which he helped the Athens club to the Greek title and also managed to net against Manchester United in the Champions League, Campbell then excelled at the 2014 World Cup finals and was ushered into the Arsenal squad last season.

However, after just 39 minutes of Premier League action, he was once again sent out on a temporary move, this time to La Liga side Villarreal, and has not appeared in Arsenal’s match-day squad for either of their opening two Premier League fixtures this season.

Fichajes, via the Metro, claim that Palermo are willing to fork out the €10m (£7.1m) needed to meet Arsenal’s valuation of Campbell, and a move to the Serie A side could help to re-ignite the flair player’s career.