Loic Remy had been linked with a Chelsea exit for much of the summer, but his involvement in the Blues’ pre-season suggested that he could have a future at Stamford Bridge, after all.

However, new signing Radamel Falcao, despite his dismal year at Manchester United, has joined Diego Costa in sitting ahead of the France international in Jose Mourinho’s pecking order, which could tempt potential suitors into making an offer for his signature.

In reports cited by Turkish Football, Remy is on the radar of Galatasaray this month, as they search for a replacement to Burak Yilmaz, who is a target for West Ham United.

If Yilmaz leaves the Turk Telecom Arena, Hamza Hamzaoglu, the Cimbom manager, will be left with only Umut Bulut to lead his attack.

Earlier this week, the Metro reported that Yilmaz had agreed personal terms with the Hammers, and is simply waiting on the two clubs to agree to the £6.4million transfer fee before the deal can be confirmed.

Slaven Bilic, the West Ham manager, is said to have turned his attentions to the Turkey international following the sad news that Enner Valencia could be sidelined for 12 weeks after suffering serious damage to his right knee and right ankle in their Europa League qualifying draw with Astra Giurgiu, The Guardian reported. 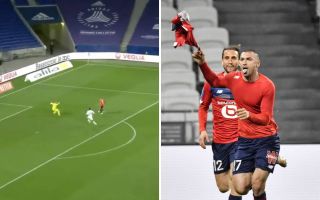