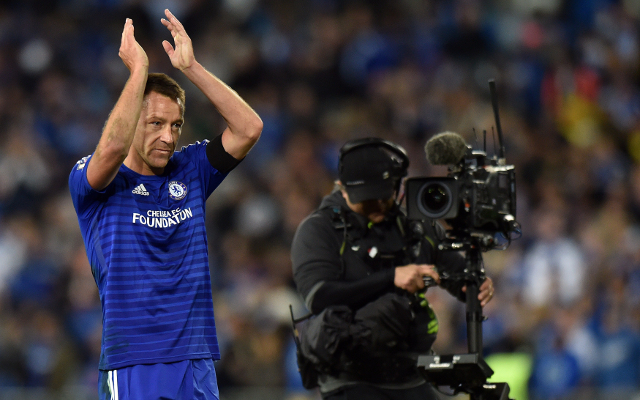 Turkish giants Fenerbahce have set their sights on Chelsea captain John Terry, according to the Daily Mail.

The 34-year-old Blues centre-back played every minute of Chelsea’s successful 2014/15 Premier League campaign, but was surprisingly substituted by Jose Mourinho at half-time during the West London side’s 3-0 defeat away at Manchester City.

Chelsea have shipped five goals in their opening two Premier League fixtures and Mourinho is looking to bring in Everton youngster John Stones to offers the club a fresh option at the back (via The Guardian).

The Daily Mail claim Istanbul side Fenerbahce, who signed Man United pair Robin van Persie and Nani over the summer, will look to bring in Terry on a free transfer deal when his current Chelsea contract expires next summer.

Terry would be free to discuss terms with Fenerbahce in January ahead of a possible move to the Super Lig side.

Any move away from Stamford Bridge for one-club man John Terry would be surprising to say the least, but the Daily Mail claim that Fenerbahce are ready to offer the vastly experienced defender a £2.5m-a-season deal. This, couple with a fresh challenge at the end of the current campaign, could prove tempting for the former England international.