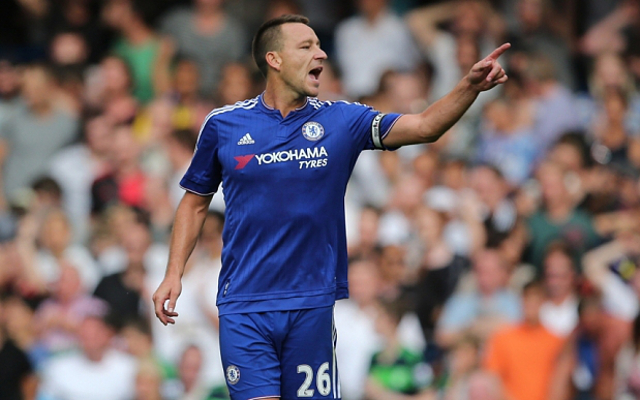 Eyebrows were raised when the Blues captain was replaced by youngster Kurt Zouma during the 3-0 defeat at the Etihad Stadium and it has led to speculation over the 34-year-old’s future with the West London outfit.

Mourinho attempted to defuse the situation by explaining his choice was a tactical change as he felt the young Frenchman’s pace was key to his side’s hopes of getting back into the game against one of their main rivals for the Premier League title.

The change would backfire on the Portuguese coach as without Terry the team went on to concede two more goals in the second half, however, Sutton says the whole situation has been blown out of proportion and says Mourinho shouldn’t be under so much pressure:

“I don’t think many people are in a position to question Mourinho and his decisions,” he told talkSPORT.

“It wasn’t working at the weekend, Mourinho made a change, it’s as simple as that. It doesn’t mean John Terry is finished by any means. It’s all much ado about nothing.”

“This is the top, top level. It’s no big deal though as far as I can see. John Terry will come back and play regularly,” Sutton added.