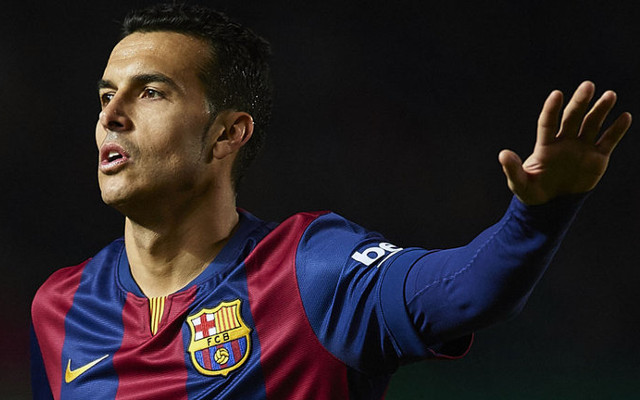 Chelsea look to have beaten Manchester United in the race to sign Barcelona forward Pedro Rodriguez, and a key detail behind his decision to reject a move to Old Trafford has been revealed.

According to The Guardian, Chelsea manager Jose Mourinho made a personal phone call to the Spain international, which persuaded him to spurn interest from the Red Devils.

Cesc Fabregas, the British newspaper state, also picked up his mobile to convince his compatriot that swapping the Camp Nou for Stamford Bridge would be an excellent choice for his career.

The report states that the Blues duo were given permission from Barcelona officials to speak with Pedro about a transfer to Chelsea, with both providing assurances over his potential position with the reigning Premier League champions.

Fabregas is said to have provided a positive report on life in west London, while Mourinho explained where the Barcelona forward would fit into his first-team – suggesting that there could be casualties in the Portuguese manager’s senior squad before the close of the window.

Juan Cuadrado, the Express report, may be the first to make way for Pedro.

ESPN FC also claimed that Manchester United goalkeeper and former Barca team-mate Victor Valdes too urged Pedro not to move to the Red Devils, which may speed up his exit from the club this summer, as Louis van Gaal has reportedly made him available for transfer following a high-profile disagreement [via BBC Sport].