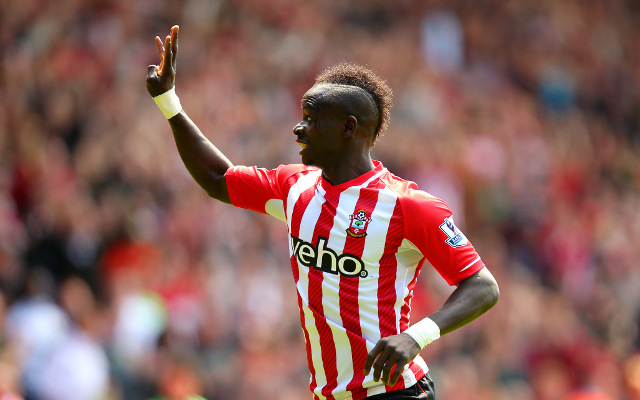 Manchester United are set to respond to losing out in the race to sign Barcelona winger Pedro by lining up a shock swoop for Southampton star Sadio Mane.

The Red Devils had looked hot favourites to sign Pedro during the transfer window as it was reported earlier in the week by Mirror Sport that Chief Executive Ed Woodward had flown out to Spain to tie up a £22million deal for the 28-year-old.

However, fresh reports on Wednesday revealed that rivals Chelsea have hijacked United’s deal and that the player arrived in London for a medical ahead of a move to Stamford Bridge [via Marca].

This has left United boss Louis van Gaal running out of options as he looks to bolster his roster of attacking players before the transfer window closes next month. With a move for Bayern Munich forward Thomas Muller looking increasingly unlikely following reports in Guardian Sport, it appears the Dutchman is ready to turn to an established Premier League star.

According to reports in Telegraph Sport, Saints attacker Mane has emerged as a surprise transfer target for the United boss after being impressed with the 23-year-old’s debut season in English football since signing from Austrian outfit Red Bull Salzburg last summer.

The Senegalese international struck 10 goals last year and also created history by scoring three goals in two minutes and 56 seconds against Aston Villa back in May to smash Liverpool legend Robbie Fowler’s record for the quickest hat-trick in Premier League history.

It remains to be seen if United can persuade the Saints into selling yet another one of their star players this summer after already losing Nathaniel Clyne to the Merseyside outfit and Morgan Schneiderlin, who moved to Old Trafford earlier in the window.