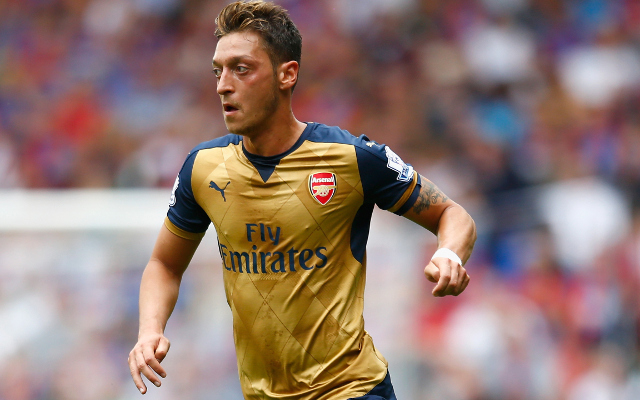 “Erdal [Torunogullari] met with Mesut Ozil’s representatives last week and made an enquiry,” said Kaynar, as quoted by the Daily Star.

However, it’s unimaginable that Arsene Wenger would consider selling his record signing this summer, and that Ozil himself would consider a move to the Ataturk Olympic Stadium having previously stated that it would be an ‘honour’ to wear the shirt of Super Lig rivals Fenerbahce.

“In the future I want to wear a Fenerbahce shirt it would be an honour,” the 26-year-old told Sabah.

“Everyone knows I am a Fenerbahce fan.”

Ozil joined Arsenal in a £42.4million deal on the 2013 summer deadline day, and has made a total of 50 Premier League appearances, scoring nine goals and registering 14 assists during his two seasons.

Injury has halted his progression slightly in north London, but there is great expectation that the Germany international will be crucial for the Gunners this season, as they target Chelsea’s position as English champions.

Reports are suggesting that Arsene Wenger, the Arsenal manager, could still strengthen his side this summer, and speculation remains rife that Ozil’s former Los Blancos team-mate Karim Benzema could swap the the Santiago Bernabeu for the Emirates Stadium.