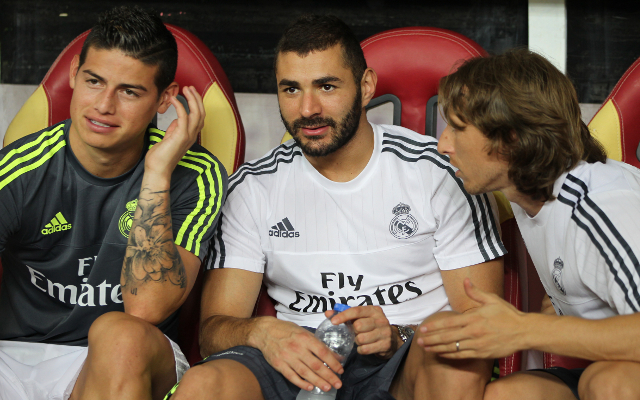 Emirates Stadium side told to fork out club record sum for Bernabeu star.

Real Madrid president Florentino Perez is ready to accept an offer of £50m for Arsenal target Karim Benzema according to The Daily Telegraph.

Arsene Wenger has been linked with an interest in Benzema dating all the way back to when the 27-year-old first emerged as a prodigious talent at Lyon and many reports this summer suggest that Arsenal are closer than ever to securing a deal to bring in the French international.

Newly appointed Real Madrid manager Rafa Benitez is open to using either Gareth Bale or Cristiano Ronaldo in a central striking role and as such Benzema’s place in the side’s starting eleven could be under threat.

Benzema was a regular under former boss Carlo Ancelotti and is one of Europe’s most consistent marksman with the Real Madrid man having netted 20+ goals in each of the past five seasons in the Spanish capital.