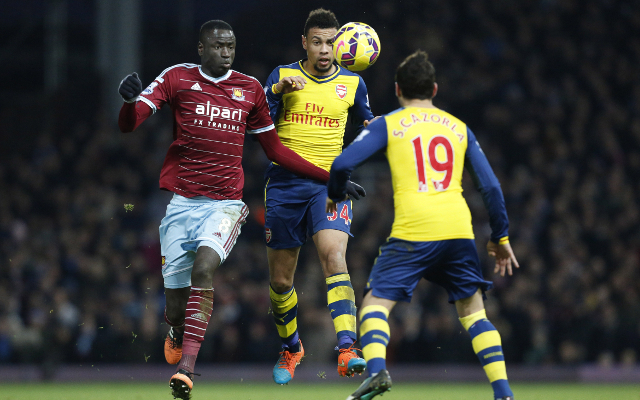 Arsenal midfielder Francis Coquelin has revealed the secret behind his blossoming partnership with Spanish playmaker Santi Cazorla in the Gunners engine room.

The duo have forged a brilliant understanding since being paired together at the turn of the year as manager Arsene Wenger looked for a midfield pairing after losing the likes of Aaron Ramsey, Jack Wilshere and Mikel Arteta to long-term injuries.

In the games in which Coquelin and Cazorla have started together, the Gunners have recorded victories over both Manchester clubs, beat Liverpool 4-1 and retained both the FA Cup and Community Shield with wins against Aston Villa and Chelsea respectively at Wembley.

Wenger restored the partnership for the game against London rivals Crystal Palace and they delivered yet again as the North Londoners bounced back from their disappointing opening day defeat against West Ham United to leave Selhurst Park with all three points last Sunday.

When asked why their partnership was so fruitful, Coquelin insisted it’s because they have a good understanding with each other:

“It is easy to play alongside Santi because he is such a great player,” the Frenchman told the club’s official website.

“We had a good chemistry last season, but there are many great players at this club that we can all play with each other.”

“That is the great thing about this squad; anyone can play and we can still get a result.”

“Last season with Santi was something special because we got a lot of praise, but the most important thing is that no matter who plays, we can get the result,” Coquelin added.