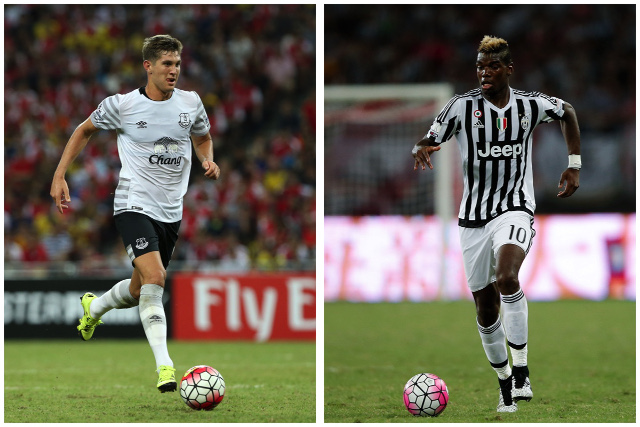 With Barcelona forward Pedro Rodriguez all but confirmed as Chelsea‘s latest summer signing, Jose Mourinho, the Blues manager, has turned his focus to – what would be – a £90million swoop.

According to the Daily Express, Everton centre-back John Stones and Juventus midfielder Paul Pogba are at the top of the Portuguese boss’ transfer wish list, as he aims to significantly strengthen his senior squad following their miserable start to the new campaign.

Stones is valued at £40million by the Toffees, a figure which Chelsea could be willing to match, while Pogba is rumoured to be rated at £50million.

The latter has been heavily linked with a return to the Premier League for much of the year, but speculation has cooled considerably as the close of the summer window approaches.

However, Chelsea, the Express report, are willing to offer Juan Cuadrado as part of a player-plus-cash deal for the France international.

Stones meanwhile has been the subject of three failed bids from the Blues, with their most recent offer being £30million, as Everton remain stubborn on selling.

Reports have suggested that Chelsea will have to break the British transfer record to secure the England international’s signature.