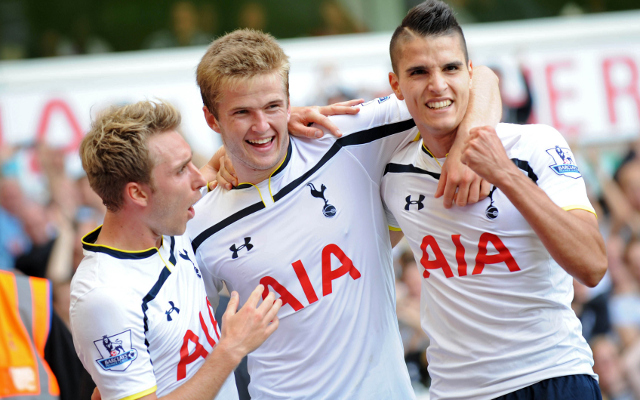 Serie A giants Juventus have reportedly placed the pair on their list of transfer targets as they look to fill the void left at the club, following the departures of Andrea Pirlo and Arturo Vidal to New York City and Bayern Munich respectively.

However, Pochettino has issued a hands-off warning to last season’s Champions League finalists and says both players are key to his plans for this season:

“He (Eriksen) has a contract and we keep the best players for the present and future and want to be a good squad for in the next few years to fight for the top four and win the Premier League one day, the Spurs boss said.

“Erik is part of my plans, the team.”

“We need Lamela to show his real quality and we hope that this is the season he really shows his quality,” Pochettino added.

The duo have had contrasting experiences since arriving in England during the same summer transfer window in 2013 as Eriksen has gone on to become a firm crowd favourite after popping up with a number of late winning goals last season.

Meanwhile Lamela, who is the club’s record signing, is yet to justify his huge £30million price-tag since joining from Roma and is yet to start a league game for Spurs this season.