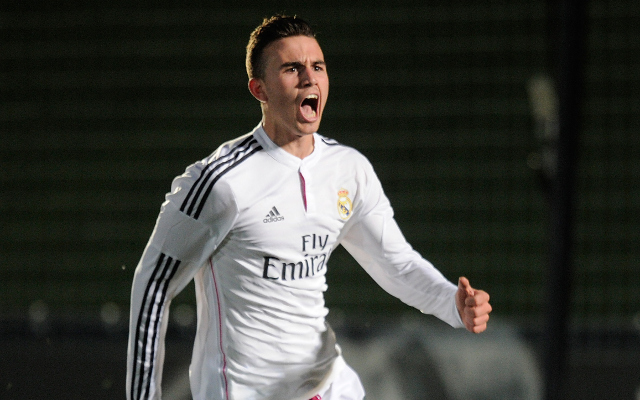 Having missed out on Pedro Rodriguez to Chelsea, reports have now turned to who Manchester United will focus their transfer attentions on with the summer market set to slam shut in less than two weeks’ time.

According to the Daily Express, Los Blancos striker Borja Mayoral – who has been dubbed the ‘new Raul’ – is on the wish list of Louis van Gaal, and the Dutchman could table a bid in the coming days.

The 18-year-old caught the eye in Zinedine Zidane’s Castilla side last season, scoring seven goals in as many games in the UEFA Youth League, and van Gaal is interested.

However, while the Express claim that the Red Devils could make an offer for his signature, the Daily Mail report that the Premier League heavyweights have enquired over the possibility of Mayoral being included in a deal for David De Gea.

Despite having signed five players early on in the summer window, van Gaal is said to be frustrated with their transfer activity, and is eyeing more arrivals before September 1st.