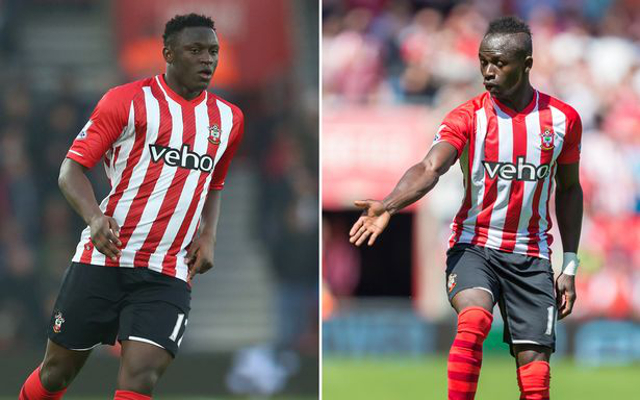 Southampton are preparing to face yet another summer of fighting to keep two key players out of the clutches of fellow Barclays Premier League clubs, Mirror Sport reports

It was just last summer that the Saints lost Adam Lallana, Rickie Lambert and Dejan Lovren to Liverpool, Luke Shaw to Manchester United and Calum Chambers to Arsenal.

New manager Ronald Koeman was faced with a difficult task to revitalize a depleted squad, however he bought wisely and was able to guide the club to a seventh-placed finish in the table and to secure qualification for the Europa League.

One of the Koeman’s recruits was Sadio Mane and he excelled during his first season in English football, netting a respectable 10 goals in 30 appearances, and also broke a record by scoring the fastest hat-trick in Premier League history with his three-goal haul against Aston Villa back in May coming in just two minute and 56 seconds.

That form has seen him linked with a shock transfer to Manchester United, who are in search of a new forward after losing out to rivals Chelsea for the signature of Spanish winger Pedro. The Spaniard is set to undergo a medical with the West London outfit in the coming days ahead of a transfer from Liga BBVA champions Barcelona [via Marca].

Meanwhile Mane’s teammate Victor Wanyama could also be set to depart St Mary’s before the transfer window closes, as Tottenham boss Mauricio Pochettino is keen on a reunion with the midfielder and wants to bring him to White Hart Lane.

The Kenyan’s partnership alongside Schneiderlin in the Saints engine room was one of the main reasons behind the south-coast outfit having such a successful season last year. To lose both in the same summer would be a bitter blow to their chances of improving on that seventh-placed finish.