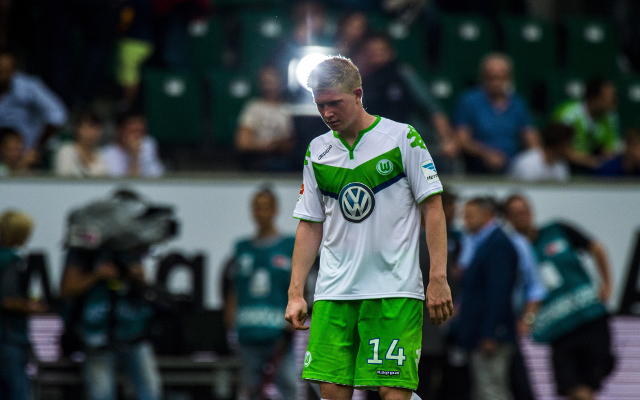 City look set to get their man.

Manchester City could follow up their deal for Nicolas Otamendi by finally landing Wolfsburg star Kevin De Bruyne, it has emerged.

The Belgian international has long been linked with a £50m return to the Premier League, with Manchester United also among his admirers after some incredible form last season.

Despite failing to make the grade at Chelsea, De Bruyne looks an excellent potential buy for City, who are looking closer to snapping him up as he hopes to force an exit from his current club, according to The Sun.

This would come as some u-turn after the 24-year-old committed his future to Wolfsburg just a few days ago, though Fabian Delph did precisely the same thing with Aston Villa before his move to the Etihad Stadium earlier this summer.