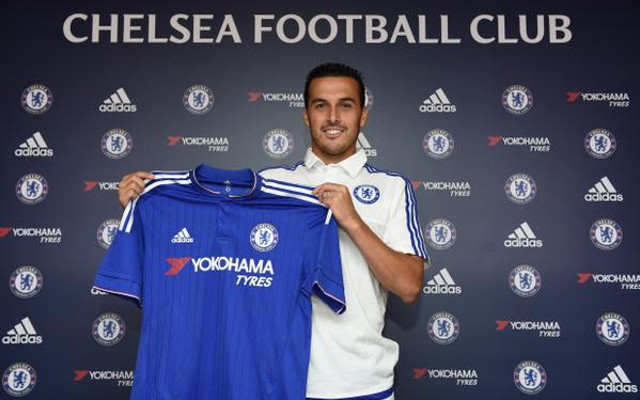 New Chelsea signing Pedro has been allocated the no.17 shirt for the new season, the club has confirmed on their official website.

Fellow new signing Abdul Baba Rahman was initially given that squad number following his arrival in West London earlier in the week, but he has agreed to a switch and will now wear his preffered no.6 for the new season.

The last player to wear the no.17 for the Blues was Mohamed Salah and his career at Stamford Bridge was less than fruitful as he failed to make an impact following his arrival from Swiss outfit FC Basel in the 2014 January transfer window and is now on-loan with Serie A giants AS Roma.

Pedro will be hoping the squad number brings him more luck than what Salah experienced and the Spaniard is in line to make his debut on Sunday as the Blues go in search of their first win of the new campaign against West Brom at the Hawthorns.