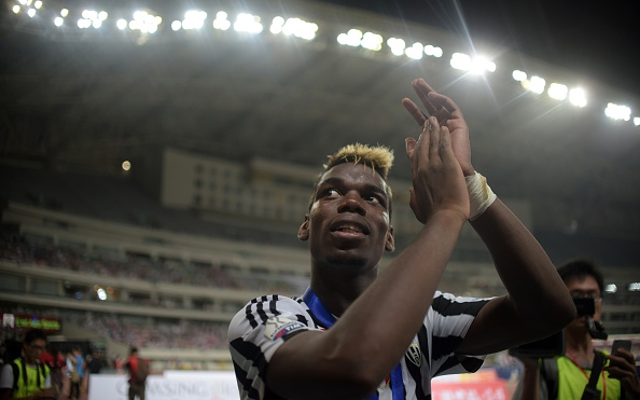 Chelsea have made a massive €120m (£87m) offer for Juventus midfielder Paul Pogba according to respected Italian reporter Tancredi Palmeri.

SUPERBOOM! Chelsea have offered 120m€ to Juventus for Pogba! Juve not keen to sell, but understand they won’t get more

Such an offer would constitute a world record fee and if successful would certainly aid Jose Mourinho’s push to get his Premier League title aspirations back on track.

The Blues have picked up just one point from their opening two Premier League fixtures, and Jose Mourinho has been unhappy with the displays put in by his Chelsea charges, even electing to name and shame seven players who he feels are below-par (via Sky Sports).

Juventus boss Massimiliano Allegri has already seen crucial first-team pair Arturo Vidal and Carlos Tevez leave over the summer and would be loath to lose Paul Pogba but an offer of this magnitude would be hard for the Turin based side to ignore.

Paul Pogba left Man United for Juventus in 2012 and was an instant hit, helping the Italian giants to three successive Serie A titles in his three seasons at the club. He was particularly impressive in their run to the Champions League final last season.

The 22-year-old French international would offer Mourinho a more direct central midfield option than either Nemanja Matic and Cesc Fabregas, arguably contributing more of a threat in the final third, whilst also having the physical presence to get ‘stuck-in’ as and when necessary.