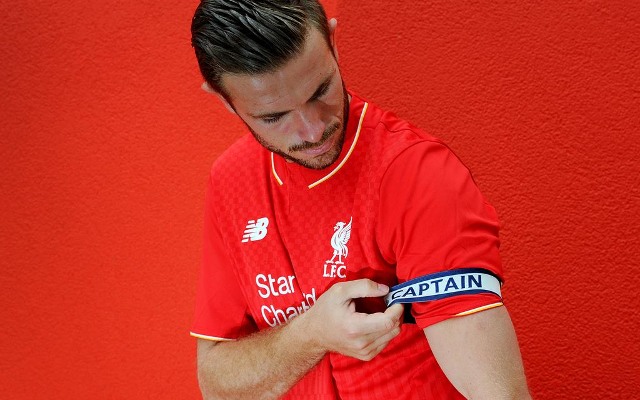 Liverpool captain Jordan Henderson admits playing against Arsenal at the Emirates Stadium on Monday night would be a huge gamble, Guardian Sport reports.

The England international is doubtful for the clash against the Gunners after limping out early in the second half of the Reds fixture against newly promoted AFC Bournemouth last week and is currently struggling with a foot injury.

Such is the importance of Henderson to the team that manager Brendan Rodgers could risk his captain in such a crucial game for the club, however, the 24-year-old says he’s worried about aggravating the problem even further should he take to the pitch in North London:

“That is the problem. If I do play what is the risk and how long could I be out potentially if I do something in the game?”, he questioned.

“There are many factors that the manager and the medical team need to decide. I just want to play on Monday hopefully but if I can’t I need to get fit as soon as possible.”

“It has settled down over the last few days but I don’t know what it will be like in terms of Monday. Hopefully it settles down some more.”

“I just have to keep doing what I have been told by the physios in terms of treatment and the manager and the medical team will assess it,” Henderson added.

The visitors will be hoping to avenge last season’s 4-1 defeat in the corresponding fixture back in April and are looking for their first win at the Emirates since a 2-0 success at the start of the 2011-12 campaign in which Luis Suarez was on target for the Merseyside outfit.