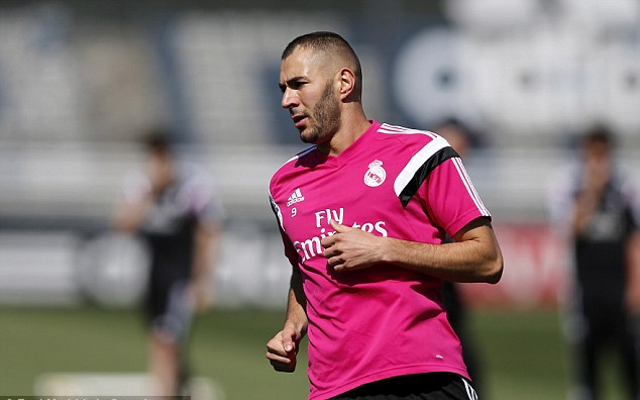 However, the Red Devils aren’t actively chasing the France international, and manager Louis van Gaal is happy to go in to the season with his current striking options. Wayne Rooney has looked out of form in the team’s opening three games of the campaign, with Javier Hernandez and James Wilson their only other options in the position.

United have been linked with moves for Bayern Munich star Thomas Muller [Daily Mail] and Barcelona ace Neymar [The Sun]. Although, it would seem that Benzema is the only forward they are genuinely interested in.

However, this will still be bad news for the Gunners, who have had a bid accepted for the 27-year-old according to talkSPORT. As such, it would seem that the striker is available for a transfer, which means that United could make a move.

Last season, the former Lyon man scored 15 goals and assisted another 10 in 29 La Liga games, a far superior total to Arsenal ace Olivier Giroud’s 14 goals and three assists in 27 matches. United skipper Rooney managed to hit the back of the net 12 times and assisted five, but those numbers have been affected by him playing in midfield on numerous occasions.