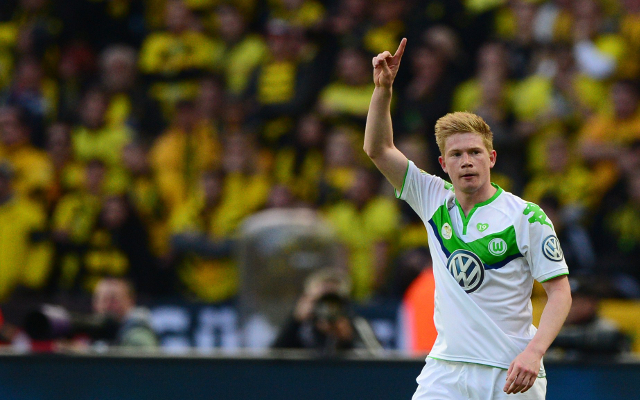 Man City have been told to fork out €80m (£58m) to sign Wolfsburg Kevin de Bruyne according to German source Bild.

The Etihad Stadium side are said to have previously offered around £48m for the 24-year-old in recent days but have been told to up their bid if they want to sign the talented Belgian international.

De Bruyne wasn’t given the chance to prove himself at Chelsea prior to his move to Germany, making just two Premier League starts before Jose Mourinho sold the attacking midfielder, but has wasted no time to make a name for himself in the Bundesliga.

Last season Kevin de Bruyne finished last season, by some distance, as the leading assist-maker in the German top tier and also netted 16 goals in all competitions to help Wolfsburg to secure a Champions League berth for this season.