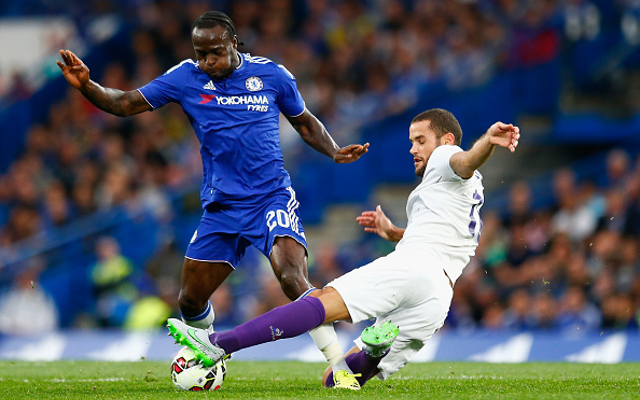 West Ham have made an offer of £6m for Chelsea winger Victor Moses, according to the Daily Mirror.

The 24-year-old wideman is way down Jose Mourinho’s pecking order and hasn’t made a senior appearance for the Blues since May 2013. The forward wasn’t even part of Chelsea’s match-day squad for their 3-0 defeat to Man City last weekend.

The Daily Mirror states that Chelsea are ready to sell both Moses and fellow winger Juan Cuadrado, but the Hammers’ bid for the former Crystal Palace man is some-way below the £10m the Premier League title holders are after.

Moses failed to make an impact during his season-long loan spell at Liverpool in 2013/14, but was more impressive during his stint at Stoke City last term. He is certainly a player capable of making an impact in the Premier League.

Hammers boss Slaven Bilic has seen his side suffer back-to-back home defeats to Leicester City and Bournemouth following their surprise win at Arsenal and scoring goals has not proven a problem with the East London side, having bagged six in their opening three fixtures.

Tottenham are also said to be keen on Victor Moses (via London Evening Standard) and Chelsea may hope that the prospective interested parties spark a bidding war for the Nigerian international.