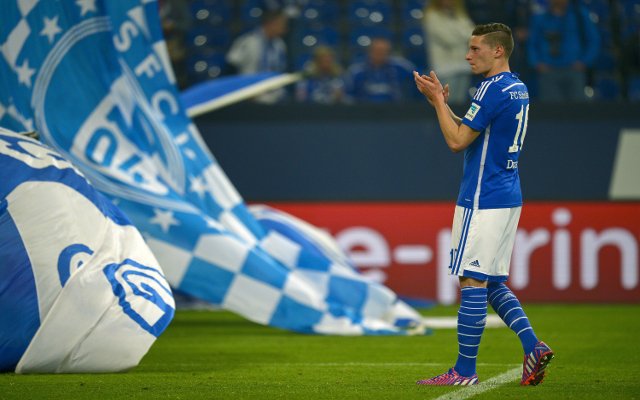 Arsenal could face increased competition to sign Schalke attacking midfielder Julian Draxler this summer as Wolfsburg join the chase for his signature.

The Gunners have long been linked with a move for the classy young German international, who has struggled with injuries of late, but who has previously been regarded as one of the top prospects in European football.

Still, Wolfsburg could now be the favourites to snap him up as they eye him as a top class replacement for Manchester City target Kevin De Bruyne, according to Fichajes.net.

It looks increasingly like the Belgian will be on his way to the Etihad Stadium in the coming week, and Draxler would make a good like-for-like replacement for him out wide or behind the main strik