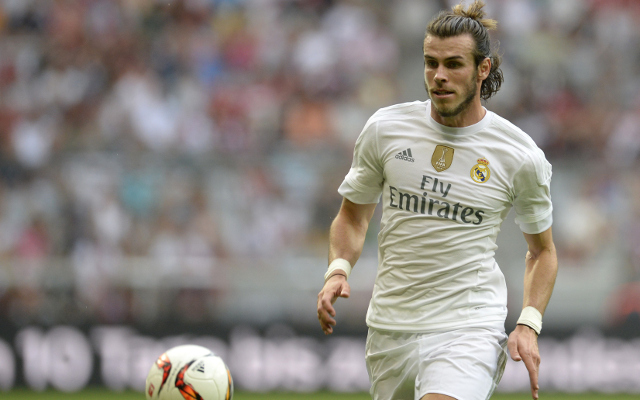 Manchester United are still interested in signing Real Madrid star Gareth Bale, despite the Spanish side not wanting to sell him, reports the Daily Mail.

Los Merengues have told the Red Devils that they have no intention of selling the 26-year-old, who started in their 0-0 draw with Sporting Gijon on Sunday. The Wales international only arrived at the Bernabeu two seasons ago, and has been a first team regular since then.

However, he became the target of ire from supporters last season, after he failed to hit the same heights as the campaign before. This may give the Premier League side some hope that they can sign the former Tottenham man, which would be a major coup if they pulled it off.

United look in need of a goalscoring threat after relying on an own goal to beat Tottenham and failing to hit the back of the net at all against Newcastle United. Captain Wayne Rooney has looked out of form as a central striker, and manager Louis van Gaal is under pressure to bring more attacking impetus to the team.

Having scored 13 and assisted nine goals in 31 La Liga games during what was seen as a disappointing season last time round, Bale could be the man to do this.