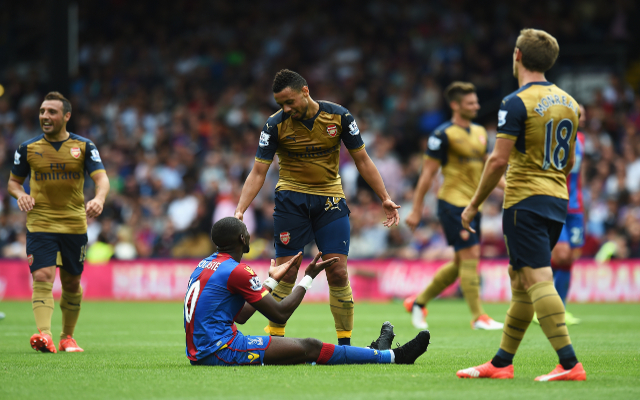 Tottenham have reportedly agreed a deal to sign Crystal Palace winger Yannick Bolasie according to the Croydon Advertiser.

The 26-year-old French born Congo international has long been linked with a move to White Hart Lane and this source states that a deal worth around £20m is close to completion.

Bolasie has proven a big success in the Premier League, his direct running causing opposition defences no end of problems, and Mauricio Pochettino looks set to greatly improve his wide-attacking options.

Pochettino has successfully trimmed away a large amount of deadwood from his Tottenham squad this summer with Paulinho, Etienne Capoue, Benjamin Stambouli, Lewis Holtby, Roberto Soldado, Younes Kaboul and Vlad Chiriches having all left the north London club.

Bolasie will offer the Spurs boss a better option in the final third than the likes of Erik Lamela, Aaron Lennon and Andros Townsend and the sale of the star will offer the Eagles a chance to make a huge profit on a player they paid just £350k for back in