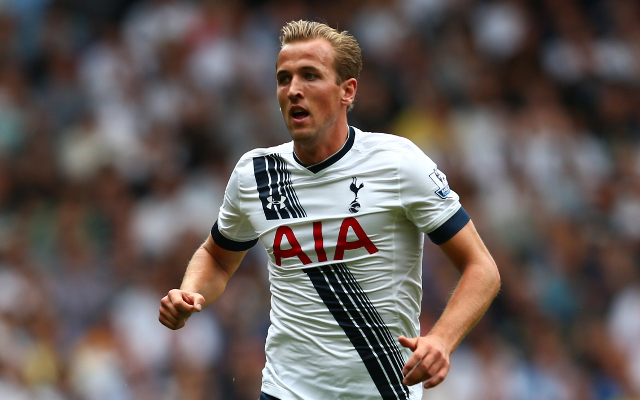 Tottenham Hotspur striker Harry Kane insists he is not worried by his goal drought and is focused on helping the club overcome their slow start to the season.

The England international is yet to score in the opening three games of the new campaign and that has coincided with Spurs only being able to register two points from a possible nine.

After throwing away a two-goal lead against Stoke City at White Hart Lane a week ago, the North London outfit were held to yet another draw at the weekend as Riyad Mahrez rescued a point for Leicester City as he equalised just minutes after Dele Alli had given Spurs the lead.

Kane, who scored 21 league goals in a breakthrough campaign for him last season, has found the back of the net just twice in his last 11 appearances, but remains adamant that he will soon be firing again and the team will return to winning ways:

“I’m not worried about the goals. I know I’ve got goals in me,” the 22-year-old told reporters [via Goal].

“If others are scoring, it doesn’t matter as long as we’re getting results – but that’s what we’ve got to start doing.”

“We finally got the breakthrough and then conceded straight after which was criminal. That isn’t good enough.”

“It’s not the ideal start to the season but we’ve been playing well, we’re still working on things. If we can get that win, we’ll push on,” Kane added.