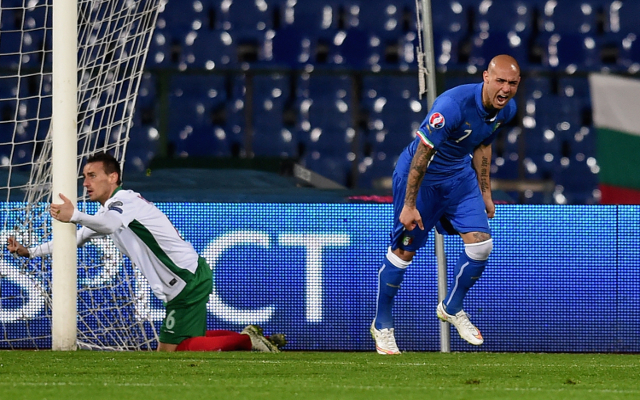 West Ham have set their sights on Juventus forward Simone Zaza and are readying a move to bring in the Italian international to Upton Park according to the Daily Mail.

The Hammers are ready to pay an initial £2.2m to sign the 24-year-old on a season long loan deal and will look to add a clause allowing them to sign the player on an outright basis for a further £11m fee.

Simone Zaza impressed at Serie A minnows Sassuolo over the past two season, racking up 20 goals in 64 league appearances, before completing a move to Juventus in July.

Simone Zaza will struggle to make an impression in Massimiliano Allegri’s first-team set-up and watched on from the bench during Juventus’s opening weekend loss to Udinese whilst Fernando Llorente, Mario Mandzukic and Pablo Dybala all took part whilst Spaniard Alvaro Morata will also push ahead of the Italian international when fully fit.