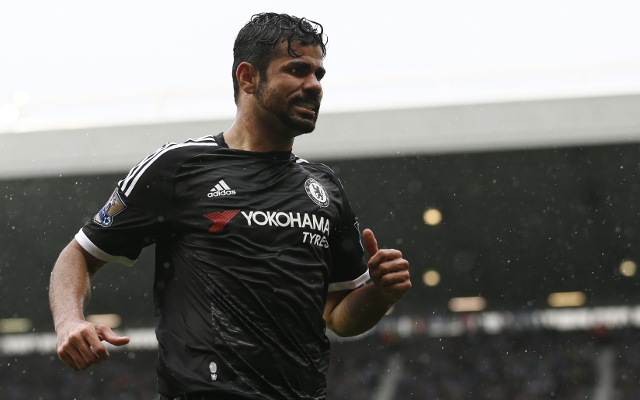 According to Marca, the chat between the pair was not official with both simply enjoying their end of season break on the same island, but Costa allegedly informed Gil that he is welcome to the idea of returning to the Estadio Vicente Calderon.

The Spanish newspaper state that the player’s agent has played down their meeting, yet it will still be worrying news for Chelsea fans.

Reports at the end of last season claimed that he was unhappy at Stamford Bridge and, as with Filipe Luis who recently re-joined the La Liga outfit, Costa was looking to return to the Spanish capital despite playing a key role in Chelsea’s success last season.

With these claims resurfacing, it seems he is still adapting to life in the Premier League, despite remaining Jose Mourinho’s first choice centre-forward.

The former Atleti hit-man scored his first goal of the season against West Bromwich Albion at the weekend but, like many of his Blues team-mates, has suffered a dip in form since the turn of the year.

Perhaps the west London giants’ title-defending campaign could be make or break for Costa’s future with the club.