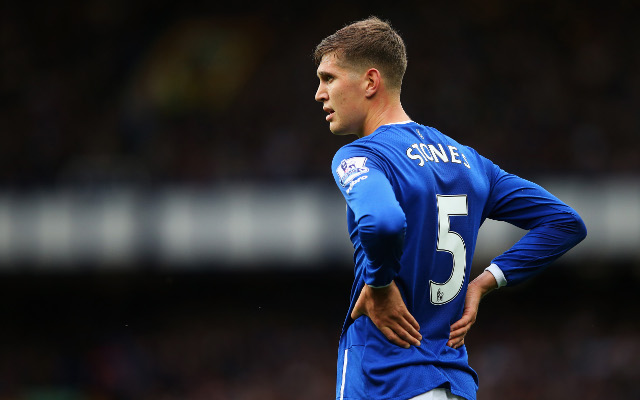 Everton defender John Stones has reportedly handed in a transfer request to force a move to Chelsea before the close of the summer window.

There had previously been suggestions that Stones would hand in a transfer request in order to force a move; however, Roberto Martinez, the Everton manager, insisted that this was not the case at all, implying that he expected the youngster to remain at Goodison Park this season.

When asked if there had been a transfer request from Stones, Martinez said: “No, not at all,” as quoted by Sky Sports at the end of last week.

However, the 21-year-old appears to have taken matters into his own hands, and looks to have turned his head away from Merseyside.

The Daily Express, on Monday night, reported their understanding that Chelsea were set to return with a fourth offer, which would be near the £40 million mark – therefore likely to make the England international the most expensive defensive signing in British history.

Stones could be considered as the long-term successor to Chelsea captain John Terry.

But with Terry’s tumultuous start to the Blues’ title-defending campaign – in which he was substituted at half-time in their defeat to Manchester City and then shown a red card against West Bromwich Albion the following week – Stones could very well be an instant replacement to the Stamford Bridge legend.