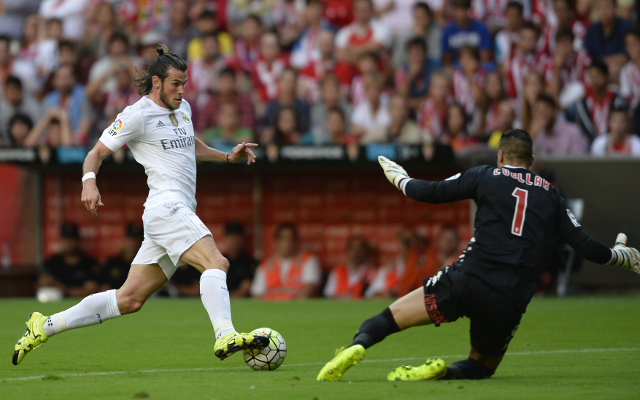 Manchester United will look to complete the signings of £160m-rated pair Gareth Bale and Thomas Muller before the summer transfer window closes, according to the Daily Express.

Whilst Louis van Gaal’s Old Trafford side have looked solid at the back, keeping three successive Premier League clean sheets this season, they have lacked a cutting edge up front, and as such, it’s no surprise that the Dutch manager is continuing to target top-quality additions to resolve the situation and improve his forward line.

United have scored just two goals in three Premier League games, one of those being an own goal from Tottenham full-back Kyle Walker, and Wayne Rooney hasn’t impressed as the spearhead of van Gaal’s attack.

The Daily Express claims Man United have seen bids of £100m fail to land Bernabeu star Bale, whilst they also failed with a £60m offer for Muller. However, this hasn’t reduced the Premier League side’s interest in either player.

26-year-old Welsh international Gareth Bale has been an overall success since leaving Tottenham for the Spanish capital two years ago, scoring 39 goals in two campaigns, and Rafa Benitez has insisted the forward is still very much part of his plans (via the Daily Mirror).

Much like Bale, Muller can play in both central and wide-attacking roles and is a player in fine form at present.

The World Cup-winner bagged a brace in Bayern Munich’s opening Bundesliga fixture of the season, and some sources have stated that the German international is open to a move to Man United (Sunday Express via Daily Mirror). It’s worth remembering that it was Louis van Gaal who handed the 25-year-old the chance to make a name for himself early in his Allianz Arena career.