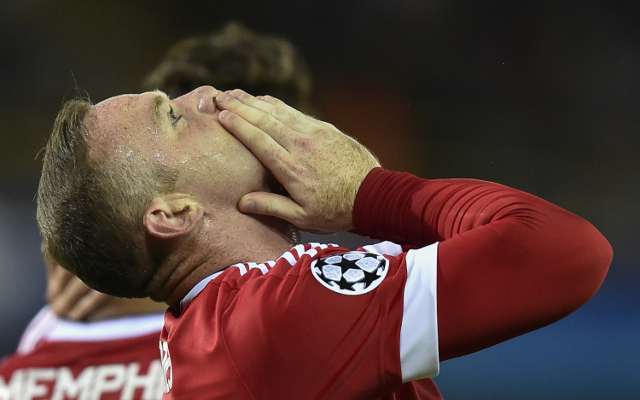 The Red Devils captain gave the team a convincing 4-1 lead on aggregate as he calmly dinked the ball over Brugge stopper Sinan Bolat in the 20th minute following an excellent pass from Memphis Depay to break the deadlock in Belgium.

His second came just minutes into the second half as he rounded off a superb passing move to tap-in from close range and doubled United’s lead.

A few moments later he had his third and United’s sixth of the tie as he latched on to a pass from Juan Mata to fire the ball into the bottom corner and end his drought in superb style.

The treble was Rooney’s first goals for the club in 10 games since netting in the 3-1 victory over Aston Villa at Old Trafford back in April and many on Twitter have congratulated the 29-year-old.

Rooney looking happy as ever. Such a confidence player; he’s brutal when he’s on form.

He’s back!! That will shut a few people up #Rooney ???? @WayneRooney

Pleased with #mufc away tonite. @WayneRooney took goals well, start to season looking solid, is the squad adequate to challenge for 4?