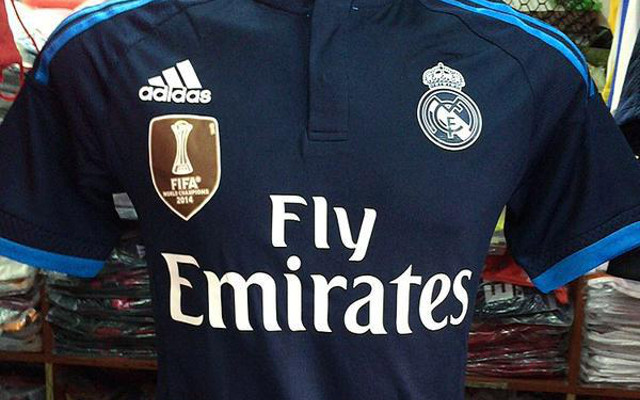 Real Madrid released a sneak preview of what will be their third kit for the 2015-16 campaign, which has inevitably been followed by leaked snaps of the classy blue livery to be worn by the Spanish giants in European matches.

And here is a snap of the new ‘Night Indigo’ Adidas shirt, designed to be worn by Cristiano Ronaldo and co during their appearances in the Champions League: 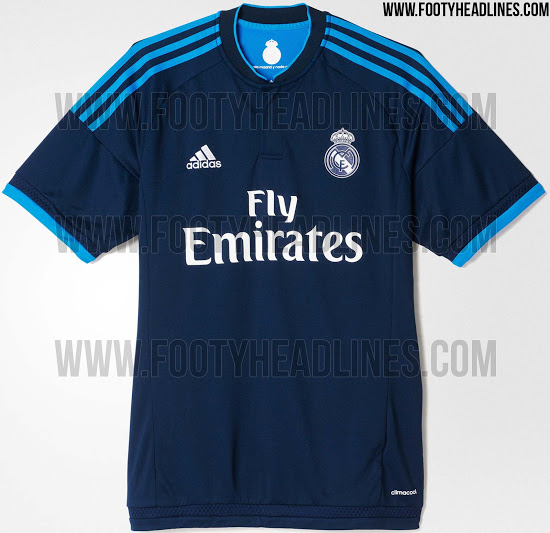 Until December 2015, Real shirts will feature the gold 2014 FIFA Club World Cup Winners Badge. It also has “Hala Madrid y nada mas” (Hala Madrid and nothing else) written inside the neckline.

Real’s La Liga campaign got off to a disappointing start with a goalless draw against Sporting Gijon at El Molinon, and they will be out for all three points at the Santiago Bernabeu on Saturday night when they host Real Betis.