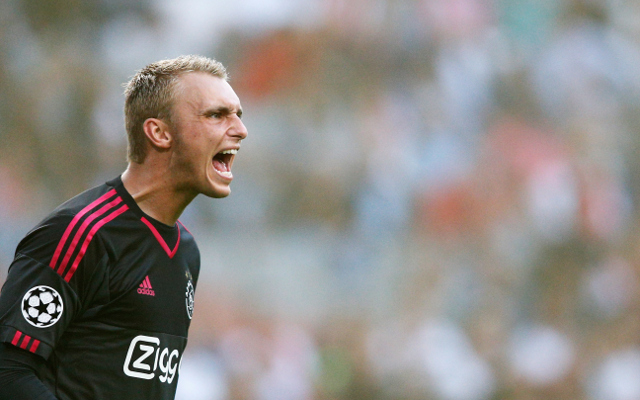 Ajax goalkeeper Jasper Cillessen insists he will not be joining Manchester United this summer as a potential replacement for David De Gea.

The Spanish stopper, who is yet to make an appearance for the Red Devils this season, has been heavily linked with a move to Liga BBVA giants Real Madrid this summer but as of yet to the two clubs haven’t been able to agree a fee for the 24-year-old.

United manager Louis van Gaal has reportedly placed Cillessen as his number one target should he lose De Gea before the end of the transfer window, however, his fellow Dutchman has ruled out a switch to Old Trafford.

Cillessen was van Gaal’s number one choice at last summer’s World Cup and he played a crucial role in helping the Netherlands claim a third-placed finish in Brazil, but looks set to stay with the Eredivisie giants for the current campaign:

As far as I know it [interest from Manchester United] has never been a thing,” the 26-year-old is quoted as saying by Goal.

“I, the club, or my agent have never heard anything. As for me, this season begins and ends at Ajax,” Cillessen added,