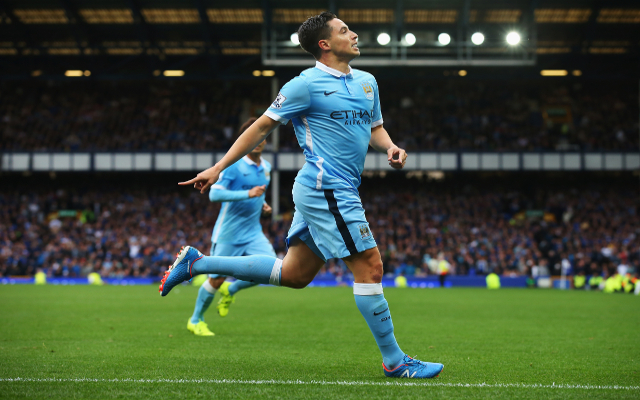 Juventus are keen on signing Man City winger Samir Nasri according to the TuttoMercato.

The 28-year-old has seen his chances at the Etihad Stadium restricted this term following the arrival of Raheem Sterling from Liverpool.

Manuel Pellegrini hasn’t named the former Arsenal man in his starting eleven thus far this term but Nasri has nonetheless impressed when coming on as a sub, netting in Man City’s recent win over Everton, and Juventus are now hot on the heels of the cultured attacker.

Man City paid £24m for Samir Nasri back in 2011 but after initially being a first-team regular the French international has seen his status at the Premier League side steadily reduce.

Juventus have brought in Chelsea flop Juan Cuadrado on a loan deal but appear keen to add more wide-attacking options before the transfer window slams shut.