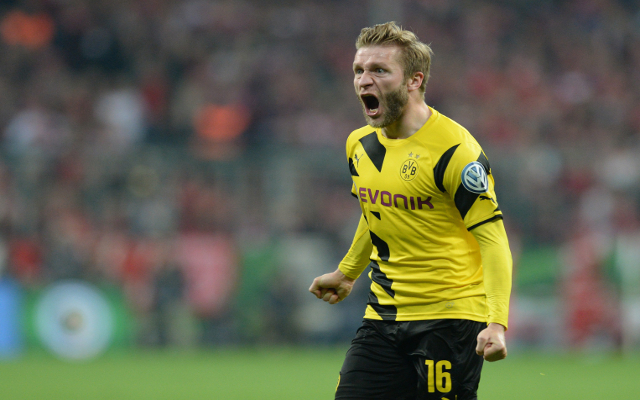 Liverpool & Arsenal are reportedly on ‘high alert’ amid speculation that Jakub Blaszczykowski could be set to leave Borussia Dortmund according to talkSPORT.

The Daily Mirror claim that the Polish international could be available for around £10m, a very reasonable fee given the level top level experience the 29-year-old possesses.

Jakub Blaszczykowski can play in a full-back or winger role and hasn’t been involved in Borussia Dortmund’s Bundesliga fixtures thus far this season, leading some to speculate that new Westfalenstadion boss Thomas Tuchel could be ready to sell the wide-man before the transfer window slams shut.

Jakub Blaszczykowski, or ‘Kuba’ for short, moved to Borussia Dortmund in 2007 and has made 252 appearances for the club, helping the Bundesliga side to two domestic titles and a Champions League final berth and has amassed 70 national team caps.

Blaszczykowski operates primarily on the right-hand side of the midfield and though both Arsenal and Liverpool have a few options in that role a move for the Borussia Dortmund man appears to still be one the two Premier League sides are considering.