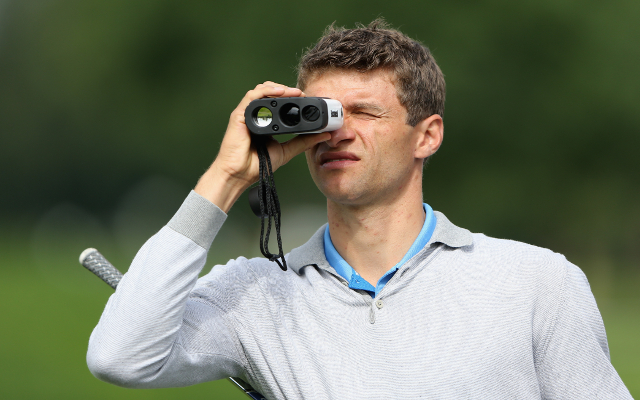 Manchester United are readying a big-money bid for Bayern Munich forward Thomas Muller, according to Sky Germany via the Daily Star.

The Germany international is a player Louis van Gaal knows well from his time in charge at the Allianz Arena and the Dutch manager could certainly do with the injection of quality the World Cup winner could offer his Old Trafford side.

United have managed just two goals in their opening three Premier League fixtures and van Gaal has seen Wayne Rooney, who is currently being used as the club’s central striking option, go ten Premier League games without a goal, hence the very real need to strengthen their attack.

Sky Germany, via the Daily Telegraph, claim that Man United will offer £58m for Thomas Muller, and that the bid will be their last for the Bayern Munich star.

Thomas Muller is an adaptable attacking weapon, who is effective both out wide or in a central role and is a player who Louis van Gaal showed great faith in early in the star’s career.

Van Gaal made Muller a regular in his double-winning side of 2009/10, a campaign that also saw Bayern Munich reach the Champions League final before losing to Jose Mourinho’s Inter Milan.

Muller has scored 124 goals in 307 appearances for Bayern Munich and has 63 German national team caps to his name. The forward has already collected Bundesliga, DFB Pokal, Champions League and World Cup triumphs and is still yet to celebrate his 26th birthday.