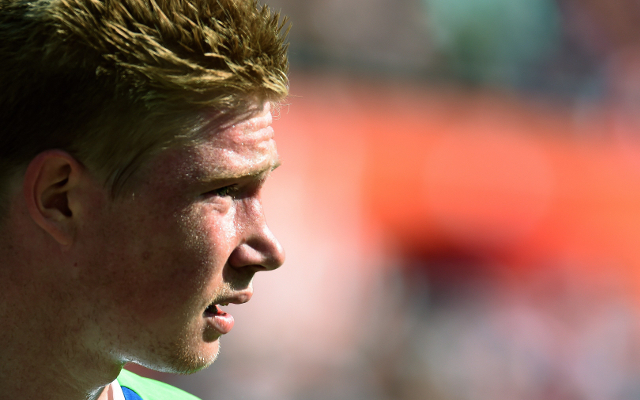 Manchester United boss Louis van Gaal is plotting a move to beat local rivals Man City in a race to sign Wolfsburg star Kevin de Bruyne, according to German reports via the Independent.

24-year-old playmaker Kevin de Bruyne failed to make an impact at Chelsea and was sold to Wolfsburg in January 2014. Subsequently, however, he and has gone on to become a huge success in Germany.

Kevin de Bruyne also showed his effectiveness in front of goal by netting 16 times in all competitions to help his Volkswagen Arena side to secure a Champions League berth.

The Independent claim Man City have a £50m deal in place to sign de Bruyne and state that Man United failed with their attempts to land Pedro, who has since made a goal-scoring debut for Chelsea.

Louis van Gaal has seen his side stutter in the final third this term, Man United managing just two goals in their opening three Premier League fixtures, and whilst de Bruyne wouldn’t offer the Old Trafford side a central striking option, the Wolfsburg man would certainly offer the possibility of providing a great deal more ammunition for the club.