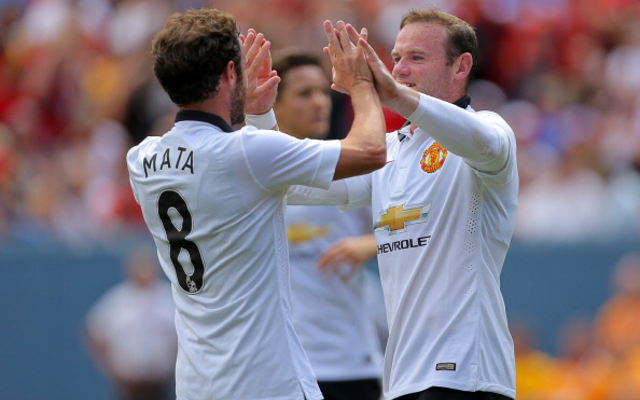 The Red Devils captain had not scored in 10 games in the build up to the playoff second leg tie against Club Brugge, but took just 20 minutes to get off the mark in Belgium as he broke the deadlock with a superb finish.

He went on to score twice more in the second half to end his goal drought in style as United ran out 7-1 winners on aggregate and booked their place among the elite clubs in European football once again.

Mata, who provided the assist for Rooney’s hat-trick, posted a message on his Twitter account immediately after the match and spoke of his happiness at qualifying for the group stage as well as praising his teammate.