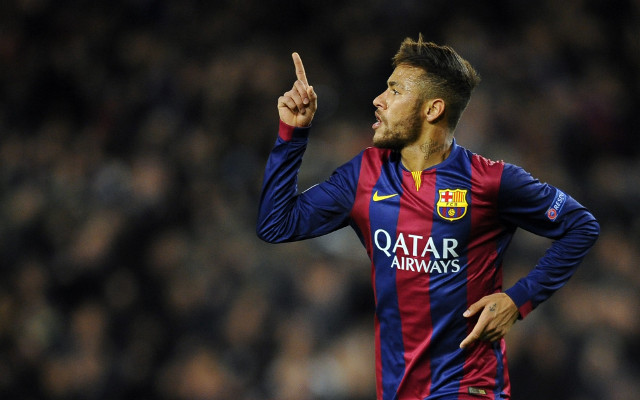 Barcelona are set to sit down with Neymar to discuss a new five-year contract amid the incredible reports that Manchester United are preparing a £240m offer to lure the Brazil superstar to Old Trafford.

The Daily Mail state that Barca are keen to improve and extend Neymar’s current deal at the Camp Nou, and are preparing to increase his buyout clause to €250million (£182m), which would equal the figure written into Lionel Messi’s contract.

According to the British newspaper, club president Josep Bartomeu wants the forward to commit his future to the Liga BBVA giants until 2021 before the end of this season.

The Sun reported earlier this week that United want Neymar to become the ‘global face of the club’, and are unafraid at tabling a package worth as much as £240m to prise him away from Barcelona – a claim which the Daily Telegraph later stated should be taken ‘semi-seriously’.

While the price of his signature could be staggering, the Daily Telegraph suggest that the Red Devils are confident that Neymar would pay for himself with the correct marketing strategy put in place – hence the broadsheet’s belief that such reports should not be dismissed too quickly.

United are still adapting to life without Sir Alex Ferguson – with their status in England and in Europe have significantly suffered following his retirement – and appear to be mending their slightly damaged global brand by targeting the most acclaimed names within the sport.